Knowing your knife cuts is a very important skill in the kitchen.  One reason is so that your food is aesthetically and texturally pleasing, but also because it affects the cooking time on the various foods.  Having uniform size and shape helps ensure that foods cook evenly.
Below are some commonly used knife cuts along with some of which you may have never heard.

Allumette (al-yoo-met) and Julienne (joo-lee-en) – I grouped these together because they are extremely similar.  While looking up specific definitions, I found both to be described as the size of a matchstick.  Both are about 2 ½” long.  The julienne is about 1/8” thick, while the allumette is about ¼” thick.

Brunoise (broon-wahz) – This refers to cutting into about 1/8” cubes.  It can be easily achieved by cutting a julienne first, and then going back and cutting it down into the tiny cubes.

Chiffonade (shif-fo-nod) – A cut used on leafy vegetables or herbs.  This is to cut into long, thin strips.  I usually do this by stacking the leaves and rolling them before cutting.

Chop – Probably the most commonly used cutting term.  Chopping is cutting into coarse pieces, about ½” cubes.

Dice – This refers to cutting into about ¼” cubes.

Mince –This means to chop into tiny, irregular pieces.  Often herbs and seasonings like ginger or garlic are done this way. 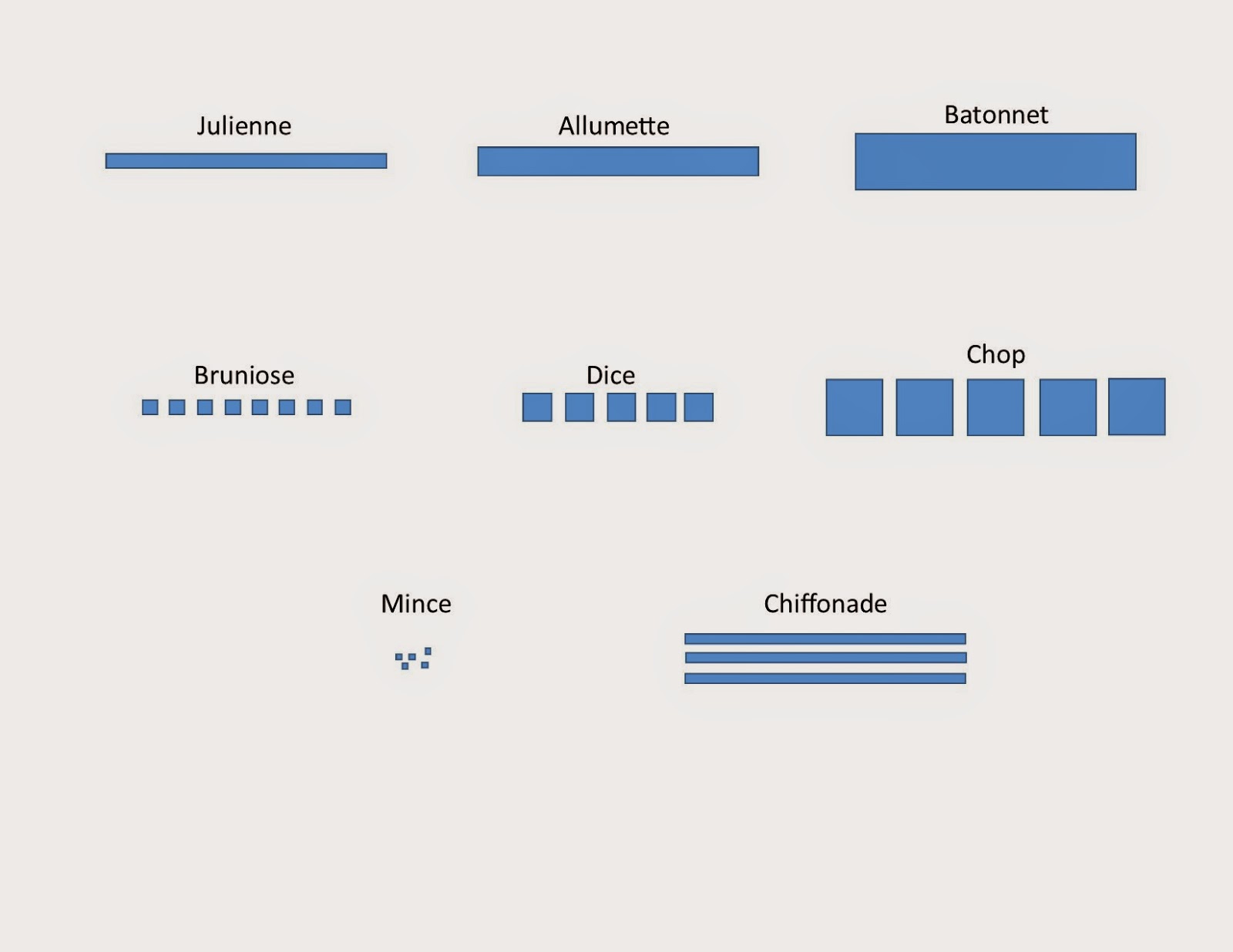 Posted by Gussie Schmitz at 1:27 PM